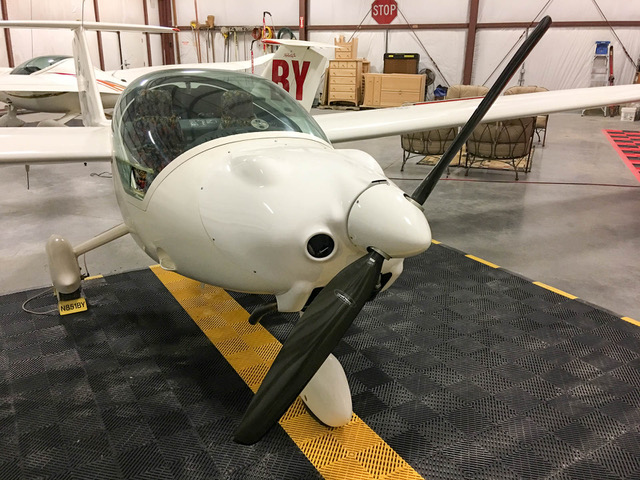 This aircraft is an undiscovered gem! It is only for sale because the owner needs more hangar space and already owns and loves to fly his other Lambada! It will sell quickly.

As the owner describes: “This motorglider was the one that Dr. Robert Broadwell used for demo rides when the Lambadas were first introduced.

“It has a new panel with a Dynon Flight DEK PFD, new interior upholstery and a flight adjustable Woodcomp variable pitch prop (not a simple feathering prop). I also have extended wingtip for it, new super-bright LED strobes and navigation lights, LED landing light, soaring battery, Mode C transponder, B50 Vario, 2 ICOM nav radios and built in the panel Garman 496. Very few hours (under 600 if I’m not mistaken).

There’s also a custom Lambada trailer that I would sell separately.

All the ADs have been complied with. I use Performance One Aviation on Falcon Field for all maintenance and service. They do very good composite work and maintain the fleet (must be 50 of them) of DA20s being used for primary flight training by Sabena.”

It will come with a fresh annual inspection. This is a flaperon ship and is distinctly different from the aileron-only ships that experienced an incorrectly manufactured horizontal tail unit. It has no damage history.

This motorglider has been sold. Check out our other listings.