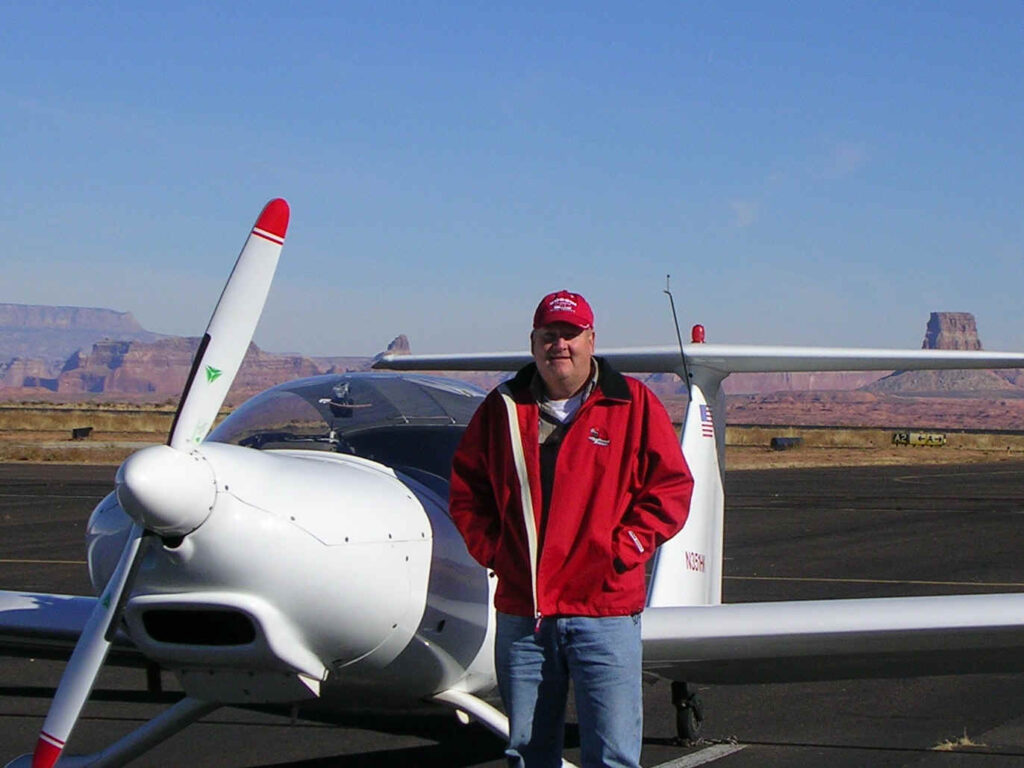 Whether flying behind the dependable turbo-powered Rotax 914 in Sky King Soaring’s™ beautiful Diamond Xtreme, or enjoying the uplift of an Arizona thermal in a conventional sailplane, Russ Hustead loves soaring flight.

Russ has accumulated over 6500 hours since he soloed in 1975, and has been an aircraft owner for over 20 years. During his last 13 years in Arizona, he has become a soaring enthusiast and earned his flight instructor rating in gliders in 1994. With over 3500 hours in the Diamond Xtreme, he is truly the specialist in this make and model.

Russ also is expert in the Stemme and Ximango motor gliders.

Russ has checked out FAA inspectors – when the FAA needs flight training they come to Sky King Soaring! In fact Russ was chosen by the FAA to train the FAA inspector who must certify the examiners who conduct checkrides in motor gliders.